Last night, the countdown on the Bitcoin halving reached zero, and the block reward miners receive was cut in half. The event has widely been expected to be bullish, with valuation models suggesting the asset will skyrocket from here.

However, some analysts aren’t so sure. We’ve gathered the conflicting thoughts of some of the finance industry’s top minds to find out why analysts are so divided on what to expect resulting from the event.

Bitcoin price is currently trading at roughly $8,900, about a thousand dollars less than it peaked at a week ago.Prior to this, Bitcoin fell to under $4,000 on Black Thursday, but immediately after made a sharp, V-shaped recovery. The asset also made yet another attempt to reclaim $10,000, but ultimately failed.But the halving is expected to be a bullish event, and the reduction of the already scarce supply puts the fair market price per BTC much higher than current prices are trading at.

Read more of this article on NewsBTC.com

Bitcoin ‘halving’ could boost its price. Every four years reward is cut in half 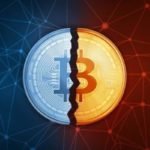 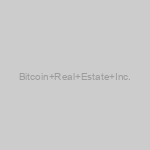