Bitcoin ‘halving’ New York (CNN Business)Central banks around the world are printing money to try to prop up the global economy. But for bitcoin, the world’s most popular digital currency, the opposite is happening.

The amount of new bitcoins being issued is starting to slow because of a phenomenon known as a halving, or the halvening. Every four years, the amount of new coins that bitcoin investors (or miners, as they are known) receive as a reward for mining a block of bitcoins is cut in half. Bitcoin prices have surged in the past few weeks in anticipation of the latest halving, which took place on Monday.

As a result, bitcoin miners now receive 6.25 bitcoins instead of 12.5. This is the third time bitcoin has halved in its history. The next halving event will take place sometime in 2024 and will reduce the number of new bitcoins issued to 3.125.

Read more of this article on CNN Business 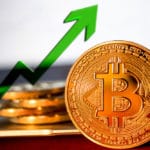 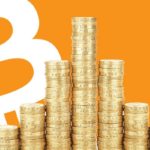