Unless you’ve been living under a rock for the past year, chances are you might have heard of Bitcoin or came across the term ‘cryptocurrency’ at some point. Unregulated by banks, these encrypted digital currencies managed to penetrate almost every market in 2017, including real estate. Despite transactions being considered safe, the crypto market in general is categorized as highly risky, due to massively fluctuating currency values. Nonetheless, it continues to entice both investors and industries.

Designed to serve as an electronic form of payment, cryptocurrency is mined (created) using mining rigs—essentially computers with a high number of GPU’s (graphics processing units)—which are connected to a blockchain (a digital ledger). Out of more than a thousand crypto coins, one sticks out the most.

Launched back in 2009 and used by a niche audience for quite some time, Bitcoin’s popularity gradually rose throughout the years, and exploded in 2017 as high-profile businesses adopted it as a payment option and a few governments completely banned it. Mainstream media coverage and pop culture references also facilitated its unprecedented growth. 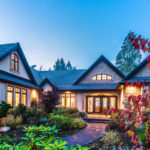 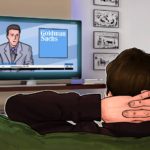 Goldman Sachs Says Bitcoin ‘Is Not A Fraud’