Spencer told Bloomberg TV’s Guy Johnson in London that he has no idea if bitcoin’s price will double before it halves, but said it could hit $20,000 “pretty damn quickly.” Johnson began the interview referring to bitcoin, which surpassed the $11,000 mark on Wednesday, as “irrational exuberance.”

Crypto Is Here To Stay

Spencer acknowledged that cryptocurrencies are here to stay, but said bitcoin is a bubble.

In July, Spencer said he prefers Ripple and Ethereum to bitcoin and that he might introduce NEX trading platforms for cryptocurrencies. The problem with any bubble, he said, is that you don’t know if it’s going to double before it halves.

Bull markets typically hit a point where everyone is bullish, he said, and he doesn’t think bitcoin has reached this point. , SaAcknowledging that bitcoin has broad momentum, Spencer said there are signals that it is not the time to invest in it just because others are doing so. 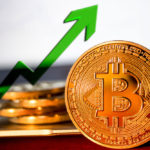 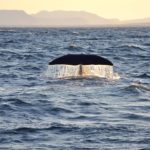 Bitcoin Futures: Make Way for a New Kind of Whale