Miguel Cuneta, the co-founder at Satoshi Citadel, a major cryptocurrency-focused investment firm in the Philippines which operates some of the country’s largest bitcoin brokerates and remittance apps such as BuyBitcoin and Rebit, stated that the $10,000 hype was generated by the media earlier this month. Moments after the bitcoin price surpassed $11,000, it dropped to $9,000, and almost immediately after, the mainstream media was eager to publish a series of articles on the next bitcoin crash.

With the price of bitcoin nearly at $12,000, bitcoin is now the world’s sixth most valuable circulating currency in the world, within eight years since its launch in 2009. Hence, while the majority of mainstream media outlets and analysts in the traditional finance sector are fixated on the short-term price trend of bitcoin, Cuneta explained that bitcoin will likely become much larger than most can imagine, as it goes about separating money and state. 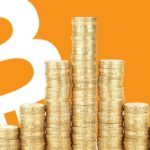 Bitcoin Price Will Hit $20,000 Before Tanking