Many people dream of quitting their job, collecting their bags and jetting off to a tropical paradise forever. Many people dream, but few people act. Gregory Simon is one of the few who decided to act. This year he moved to Nicaragua and bought a 0.3-acre plot of land with bitcoin. Just minutes from the beach in an area of San Juan del Sur called Paradise Bay, he’s hoping to build a home there with his girlfriend.

“By using BTC we were able to complete the transaction quickly with no need to involve banks or other third party intermediaries. I don’t know yet what the house design will be, my girlfriend and I will be designing it together in the coming months,” he told CoinDesk. A former banker, Simon first travelled to Nicaragua in mid-October after quitting his job in institutional equity at the end of 2012.

“The current banking system is beyond immoral. It takes advantage of the most helpless and poor people on earth,” he said, explaining why he left banking after a 12-year-career. One of the decisions he made when he left his job was to buy some bitcoin. On his blog he wrote that it has the potential to bring about “less wars, less government dependency, smaller governments, more liberty”.

“I believe bitcoin has the potential to revolutionize the money industry to a degree few people to date fully understand,” he said. In order to buy land using bitcoin, Simon needed to persuade his seller to play ball. In this case, it was his realtor Sean Dennis from Nica Life Realty. Simon said:

“He showed us a number of land lots around town and during the time we spent together, Sean and I began to talk about bitcoin. He quickly showed interest and I proposed to him the idea of transacting the purchase of the lot in BTC instead of US dollars.”

On 3rd December he paid the deposit in bitcoin and then completed the rest of the transaction in the following weeks. He declined to say how much the land cost. This won’t be the first time that someone had the idea of buying or selling land with bitcoin as a possible way of paying.

Former casino owner Jack Sommer is selling his luxurious Las Vegas mansion for $7.85m and he’ll take it all in bitcoin if you happen to be a bitcoin millionaire.The 25,000 square-foot home is in a gated community, backs onto a golf course and even the staff quarters (yes, it has staff quarters) has a Jacuzzi.

For those of us with slightly more modest incomes, Canadian Taylor More’s home in Alberta would have been a more plausible option, listed back in March of this year as selling for CA$405,000 (US$382,616), with a discount for those paying with bitcoin.

More recently, another property in Alberta went on sale with bitcoin as a payment option. The CA$1m (US$944,733) property has four bedrooms and a private forest, according to the National Post.

For Gregory Simon, his new plot of land is an opportunity to build something new from scratch. He says that he’ll try to pay for the construction with bitcoin.

And when I ask, he confirms that “yes, it will have a pool”.

How Do You Mine For Bitcoins? Bloomberg TV 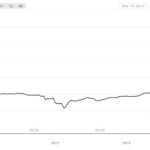