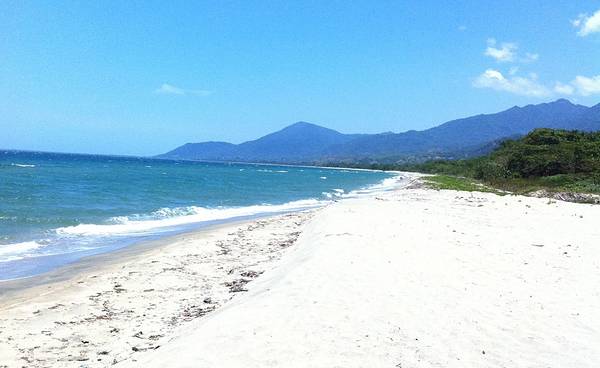 14 Acres of Oceanfront! Looking for an truly spectacular ocean front opportunity to build a resort hotel or residential development then look no further. Five minutes from Trujillo and on the main road.
This property has almost 1,000 ft of oceanfront and is located in one of the upcoming resort areas in Central America.
TRUJILLO HONDURAS -The next boom town in Central Amercia.
WHY BUY IN TRUJILLO, HONDURAS?
• Trujillo is growing tourist and foreign investment area in Honduras; supported by all levels of government.
• Trujillo is the fastest growing zone in Honduras with property values increasing 50% in the past 2 years. Nearby Roatan had a 238% increase in lot sales in 2010 vs. 2009, with prices increasing 105%. Sales growth was due to increased cruise ship traffic.
•Trujillo Honduras is the fastest growing destination for investors from around the world. There is an estimated $600-800 Million in foreign investments coming to the area which includes five star resorts in the surrounding areas.

The Honduras government is promoting tourism and other economic projects in Trujillo, so now is a good time to invest. Trujillo is the fastest growing area in Honduras for the following reasons –
1/ – A new cruise port called BANANA COAST CRUISE TERMINAL was just completed The town of Trujillo and its new $20 million USD cruise ship terminal are only a few minutes away. With over 50,000 tourists visiting in the 1st year alone.
2/ – International Hotel chains have bought lands for future building sites.
3/ – Large investors have bought properties for future sub-divisions and condo sites.
4/ – A new international airport is to be built in 5 years.
With the construction of the cruise ship terminal, new home construction, new road and hydro works, there are more people relocating to Trujillo putting a demand on all the real estate.

The area is now home to many Canadian & America expats and within a few years will become as popular as Costa Rica, Panama & Belize at a faction of the cost. The area has new recreational activities like zip lining and with its close proximity to the world’s second largest reef is popular with divers and water sports enthusiasts. The area is also home to small waterfalls. This property is priced to sell.
Our large beachfront acreage is in an area that is fully developed and very close to town.

More about
Trujillo Honduras
New Palm Beach, our upscale, ocean view community, is located minutes away from the multi-cultural city of Trujillo, Honduras . On August 14, 1502, Christopher Columbus sailed into the Bay of Trujillo, Honduras during his fourth and final trip to the Americas. If Columbus was sailing between Santa Fe and Trujillo, Honduras today, he’d witness the same virgin beauty he discovered hundreds of years ago. An emerald green cloud forest reaches up into the mountains from the white sand of Floridad Beach. The crystal clear Caribbean laps up onto the sandy shore. Mountain estuaries create tiny rivulets in the sand as forest water trickles back into the sea. Pelicans and storks vie with fishermen for the best catch of the day. Sand crabs scuttle to and fro. This Honduras beachfront acreage has the best strip of beaches in Honduras.
Trujillo, Honduras is exotic, exquisite and exceptional. With a population of approximately 30,000, Trujillo, Honduras was once a bastion for pirates thanks to its large and deep bay. Nestled on the north coast of Honduras, Trujillo is perched on a small bluff overlooking the Bay of Trujillo. A colonial city, Trujillo, Honduras rests at the foot of Mounts Capira and Calentura which form a staggeringly beautiful national park, rife with wildlife which squawks, howls and sings. With exquisite sandy beaches at your toe tips, spectacular hiking opportunities, some of the best fishing in the Caribbean, and snorkeling and swimming in the aquamarine waters of the Caribbean, you will never be at a loss to find new ways to relax and enjoy the natural wonders that surround you.
So, if you’re ready to discover a world where Scarlet Macaws fly into your garden…and Howler Monkeys swing from your trees…and Sea Turtles sidle up on the beach beside you…and where the sunsets are simply out of this world, come join us somewhere close to Heaven and Trujillo, Honduras. Remember – we’re located on the idyllic Caribbean coast, not the Atlantic coast.
Locals are prohibited from chopping down trees within the park’s perimeters. The local parks organization, FUCAGUA, has a mandate to establish hiking trails, spearhead local environmental education and keep the beaches clean in Trujillo, Honduras. FUCAGUA has opened a visitors’ centre in Trujillo, Honduras and it is located on the road leading to Hotel Villa Brinkley – well worth a visit if you plan on hiking in Trujillo, Honduras.

Under Contract. Farm in excellent location for vineyard for sale with pistachio orchard

$560,000 In US dollars or equivalent amount in Bitcoin

Sorry your too late, this property has been SOLD… More Details 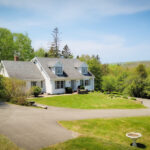 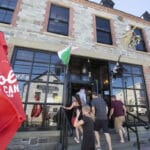