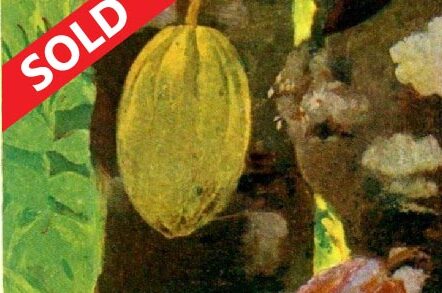 Sorry your too late, this Property has been SOLD

San Vito is a Coffee growing region, now mix that with Organic Chocolate!….. a heavenly delightThis country farm is about 10 kilometers (6 miles) from the center of San Vito, then turning off the main highway another 6 kilometers (3 ¾miles) down into a very large valley. The Valley is incredible; there must be at least a 20 mile radial view in every direction.As usual, Costa Rica is just so beautiful; I was overtaken once again by the stunning scenery, the distant mountains, the cloud formations, patchwork quilt farms dot the countryside where grazing cattle can be seen in the distance. Damn this is an awesome place to be! This is some of the finest country around, I believe the sun shines more in this valley than other mountainous areas nearby, perhaps because the larger mountain range is so far into the distance, this particular area is not affected by micro climates like other areas.I really get a sense that this is a great place to live, life can be so simple, clean air, good water, fresh springs the crops and animals flourish, great sunshine!The Altitude is about 1650 feet above sea level, perfect for any type of farming one could imagine; everything grows here Fruits and Vegetables, San Vito and the surrounding area has been known as a Coffee Producing Region. This particular farm has 17 acres of producing Organic Cacao.There are nearly 50 Acres of rolling pastures for horses or cattle, or reforesting with a combination of hardwood trees! Aside from the farm aspect I was amazed to see about 15 Acres of Old Growth or Virgin forest, really, I was stunned, this had some of the Largest Trees I have seen in years. These trees are actually set in an Oasis (surrounded by pastures), most of the area has been deforested years ago, this is actually the first time I have seen trees this size in the highlands area.You’ll be even more pleased to know that the current owners don’t pay anything for electricity, they have an older hydro system from previous owners, which may need updating but the solar panels (2kw system) used are maintenance free.There is a pond as well and Yes, you could raise you own Tilapia Fish.The concrete country home with 3 bedrooms a recent updated bathroom with septic tank. The country Kitchen is separate from the main house as many were years ago when they cooked with wood, thus keeping the cooking and smoke away from the sleeping areas. This kitchen as of 2013 is no longer being used the termites decided instead of eating ‘in’ the kitchen it was appropriate to just ‘eat the kitchen’. The cement floor and base could be built upon to raise new walls and update the ceiling. The current owners have updated and built a Yoga Studio and separate Cabin w/ private bath. This has been their living quarters of late.Here is a current list of features offered:• 17 Acres of Mature producing Organic Cacao, and 1.5 years ago an additional 500 trees were planted, the largest operation in this area.• Exotic Fruit trees including Durian, Cinnamon, Sancoya, jaboticaba, miracle fruit, patanga, moringa and neem.• Orange grove, producing and mature. One acre of Sugar Cane including a Trapiche, which is a manual press, used to extract the natural juice out of the cane, One acre of Organic Coffee• Pineapples (a small plantation) • Bananas ………many.• 1000 newly planted trees (a variety of hardwoods)• Bamboo Plantation.• 15 Acres of real Primary Forest, with an easy walking trail .• Medicinal and Ornamental Plants of all type. • New Cabin and Yoga Studio. • Original Farmhouse with remodeled bathroom. • Chocolate-making equipment, including lessons in how to produce your own. (if needed). • Old barn remodeled for a Studio or a Community Kitchen .• Solar and Hydro System. • Totally off-grid, remote but with good dirt road access (4×4 only) , remote but not deserted. • Nearby River including swimmin’ holes only a half hour by foot or horse. (River Rio Coto) • A great team of local labor that knows the farm and are trustworthy. • No Theft! ………yes that’s right, previous owners have not had any problem in the 4 years of ownership. This is a place where it appears that time has stopped there are few cars. People get around on horseback or foot and the views are amazing looking towards the International Park La Amistad 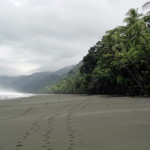 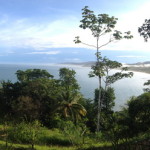