Land in the suburbs of Toruń

This land property is situated in a newly built housing estate settlement Lubiana in the suburbs of city Toruń (city of Copernicus). There has already been built 2 houses and 3 more are under construction. The very plot is located approx. 60 m from one house and approx. 25 m from another building.

The entire area has a local zoning plan intended for detached houses. A considerable advantage of this property is electricity, water connection. The regular shape of the parcel makes it very easy to place and build a house.

We enter the estate driving in the municipal tarmac road, later there is a gravel road called the Calendar street.
Surrounding streets are named after consecutive months.

All transactions will be carried out at the notary’s office, confirmed the entry of a new owner in the Land Register.

Toruń – city of Copernicus
Toruń is one of the oldest cities in Poland. The medieval old town of Toruń is the birthplace of the astronomer Nicolaus Copernicus. In 2007 the Old Town in Toruń was added to the list of Seven Wonders of Poland. Toruń is one of the oldest and full of historical monuments cities in Poland, it is a large centre of economic life, science, culture and a popular tourist destination. Lying on the Vistula River and the southern edge of the Chelmno Land (former Teutonic order localization) the city is an 800 years old. With its Hanseatic tradition, it has for ages played a major role in the commercial relationships between Northern and Western Europe on the one hand, and the countries of Central and Eastern Europe on the other hand. National Geographic Polska rated the old town market and the Gothic town hall as one of the “30 Most Beautiful Places in the World.” 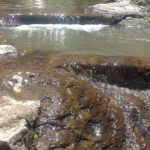 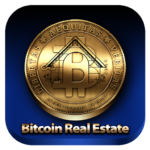