A fantastic opportunity to purchase a Grade II listed iconic property near Kenilworth Castle which sits in a plot of around 2/3 of an acre.

The Wantage is a renowned property nestled in what is probably one of the best locations in the old part of the historic town of Kenilworth.  The Wantage boasts some wonderful original features and intricate architectural characteristics, notably the stone corbel etched with The ‘Wantage’ monogram and the stone window mullions.

Sadly most of The Wantage has been subject to vacant possession for many years, as such the house is in need of renovation and refurbishment to restore it to its former glory.  Planning permission has been obtained to convert the house into four luxury apartments which make The Wantage an even better proposition.

The plans show the existing layout.  Planning permission has been approved to convert the first floor of the house into two separate luxury apartments with each apartment extended directly above into the second floor which originally were the servants’ quarters.

The ground floor also has planning permission for one extra large luxury apartment.  It is possible (subject to permission) to split into two separate apartments.

The basement which has its own private access and courtyard has permission for conversion into a separate luxury apartment.

Kenilworth is situated in Warwickshire’s attractive rolling countryside and is well known for its castle ruin.  The town has a good range of shopping and recreational facilities to suit most requirements.  Further shopping and leisure facilities can be found at Warwick, Leamington Spa, Solihull and Stratford-upon-Avon, which is the home of the Royal Shakespeare Theatre and forms the region’s cultural centre.  The property is ideally located for the rail commuter (59 minutes to London Euston).  Birmingham Airport is 20 minutes away.

The prestigious Warwick University is just 3 miles away.

The area boasts a wide range of state, grammar and private schools to suit most requirements including Warwick prep school, Warwick Boys and Kings High school for girls.

(All distances and times are approximate)

REALISTICALLY PRICED opportunity – all interest and OFFERS are… More Details

This villa in Nueva Andalucia is located in a… More Details 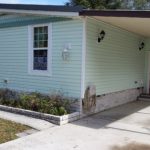