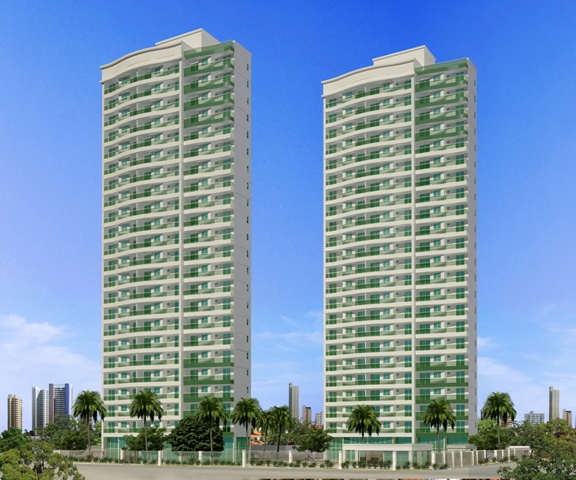 It’s now an investment-grade middle class country. As soon as this growing number of middle class Brazilians can afford to, they visit the beaches around Fortaleza—Brazil’s #1 domestic tourism destination.

A lot of money—$5.5 billion—will be spent in the state of Ceara (Fortaleza is the capital of Ceara) improving infrastructure and tourism amenities.

There’s oil offshore—bringing revenues and high-paying jobs. A new major industrial center is being constructed at the port of Pecem. Fortaleza is playing catch-up…and fast.

That’s a lot of economic activity—a lot of new businesses…and a lot of existing businesses expanding their operations. They all need a roof over their head.

Things is: Even before the pace of economic growth began to accelerate in Fortaleza there was residential unit shortage. Today, this shortage is chronic.

Fortaleza’s professionals and business people don’t like to commute. They like to live and work in leafy high-end neighborhoods—like Aldeota. This is where you should invest in residential units.

The case for buying quality residential units here is pretty straightforward. There is a chronic shortage. The economy continues to grow, creating further unsatisfied demand. New supply will come on stream; very little of this however will be in the areas (like Aldeota) where people want to be based. There is a shortage of developable land in this area.

There is a government plan to bring an underground rail link and a mega convention center to a previously overlooked area of Fortaleza.

A contract was awarded for the east line of Fortaleza’s new metro. This will be a fully underground line. It will run under leafy residential and commercial areas (like Aldeota) as far as the new convention center. The exterior of the convention center is practically complete. It will be the second biggest in Brazil. With 2 million square feet of space it will hold up to six events at the same time.

The convention center is just blocks away from the central park and is located on Ave Washington Soares. This is the axis of growth of the city toward the rich suburbs of Eusebio and Aquiraz. The University of Fortaleza (the largest private university in North-East Brazil—25,000 students) is located here. Nearby is Iguatemi, the largest mall in Fortaleza with over 300 stores. Hundreds of businesses are located in this area.

It is a beautiful building built inside a great property of almost half a block just across the street from the new convention center.

In the area there are three universities (one of them being the largest in NE Brazil, with 25,000+ students and 1100+ professors), the main courthouse of Fortaleza (and the largest legal hub of the city), shopping malls, stores, offices, etc. This is the area of the city that is growing the most, towards the rich suburbs to the east.

Within walking distance, you have two large supermarkets, a metro station, the universities, four banks, two convention centers (the old and the new), two car dealerships, the courthouse and the juridical center.

More businesses are relocating here, too.

Today, thousands of people commute to this area every day to work or study. They can´t afford to live in the big old mansion houses. So, there is a big demand for condos like mine.

They are a great investment both for selling to an end user or to keep it for rentals. The building has 22 floors and 3 apartments per floor. My particular unit is the Penthouse unit, on the 22th floor. It will have stunning unobstructed views of the ocean to the east and the city to the south.

My apartment is 753 sq. ft. and it comes with 2 underground parking spaces.

The floor plan of the apartment was designed to make the best use of the space and it hit the mark.

The amenities in the building follow the “home club” concept and put this building at the top of residential developments in Fortaleza:

My price to sell this unit is $200,000 USD or the equivalent in Bitcoin or any other major cryptocurrency. This property will continue to rise in value as this specific location of my condo is highly desirable.

Welcome to this most coveted high floor and large… More Details 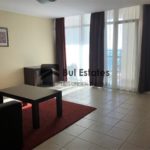 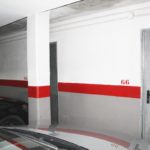