Allthingsd.com – Posted on December 18, 2013 by Jason Del Ray in Bitcoins

The price of bitcoin has taken a beating in the last day following a move by the Chinese government to ban new Chinese yuan depositsin the country’s biggest bitcoin exchange, BTC China. That move follows another one that reportedly saw China’s central bank order payment processors in the country to stop working with bitcoin exchanges. The price of bitcoin bottomed out at about $422 earlier today on the news, before rebounding to about $604 at the time of writing, according to the CoinDesk Bitcoin Price Index. Still, the currency is trading down 12 percent today and about 36 percent since Friday. The deposits ban is a blow to the bitcoin ecosystem in China and perhaps worldwide, but it’s a not a death knell. For one thing, BTC China CEO Bobby Lee told CoinDesk today that he is trying to work out a deal with a different third-party payment company to reinstate Chinese yuan deposits. Secondly, if China wanted to ban bitcoin, it would ban bitcoin. It’s not illegal to own bitcoin in the country. Bitcoin owners can still trade with each other, but need to go offline if they actually want to buy some bitcoin with Chinese yuan. So what’s going on here? I asked a couple of sources who are entrenched in the bitcoin world and the most common guess is some variation of the following: The Chinese government simply wants to tap the brakes on a phenomenon that caught it off guard. “China’s government is generally supportive of bitcoin, but the rapid increase in awareness, price and adoption caught them a little flat-footed and they wanted to take a ‘pause’ while they better understand the landscape, etc.,” one source theorized. “This is somewhat similar to the U.S. Ultimately, the rulings will evolve to be more accommodating.” This may very well end up being wishful thinking. And you’d imagine the bitcoin price would tumble a whole lot further on news of an all-out ban, since many industry observers credit a rise in demand of bitcoin in China as a major contributor to the currency’s price and adoption increase over the past month. But until the Chinese government shows more of its hand, a total bitcoin meltdown doesn’t appear to be on the horizon. 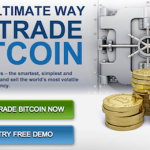 One day Amazon will accept Bitcoins. The Telegraph