WHAT IS BITCOIN CASH?

Bitcoin Cash is a token that exists due to a user-activated hard fork (UAHF) that will bifurcate the Bitcoin blockchain into two branches. The UAHF was initially a contingency plan against the user-activated soft fork (UASF) announced by the bitcoin company Bitmain Technologies. Since this announcement, at the “Future of Bitcoin” conference a developer named Amaury Séchet revealed the Bitcoin ABC” (Adjustable Blocksize Cap) project and told the audience about the upcoming UAHF.

Following Séchet’s announcement and after Bitcoin ABC’s first client release, the project “Bitcoin Cash” (BCC) was announced. Bitcoin Cash will be pretty much the same as BTC minus a few things, like the Segregated Witness (Segwit) implementation and the Replace-by-Fee (RBF) feature. According to BCC, a few of the biggest differences between BTC and BCC will be three new additions to the bitcoin codebase that include;

Bitcoin Cash will have support from various members of the cryptocurrency industry including miners, exchanges, and clients like Bitcoin ABC, Unlimited, and Classic will also be assisting the project. In addition to this help, Bitcoin Cash developers have added a ‘slow’ mining difficulty reduction algorithm just in case there’s not enough hashrate to support the chain. 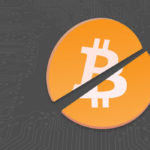 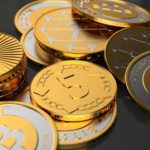